One of the most common push-backs that exist around partnering with volunteers is the concern about holding them accountable. Really, what it boils down to is the premise (false, by the way) that because they’re not being paid, volunteers cannot be trusted to follow through. Integrity, of which one definition is ‘doing what you said you would do’, is not held exclusively by paid staff because it’s got nothing to do with pay grade.

In unpacking where this set of beliefs comes from, we see it really revolves around the old ‘carrot and stick’ mentality of motivation and management. The idea goes that unless we have something to offer someone (like money) or threaten them with (like being fired), we have no control over their actions. That’s a scary head space to be in and one that puts limitations on all our interactions with volunteers. I believe it’s the same head space that much of the antiquated and awkward recognition practices, particularly relevant during National Volunteer Week, we continue to use come from.

You may be asking, if we can’t reward or penalize people, what leverage do we have? While there are a million theories of motivation, with many having some degree of merit, I think we can agree the carrot & stick method is outdated- for paid staff and volunteers. I work to keep myself “motivation bias-free” meaning that I don’t care whyyou’re here, I care more about what you do while you’re here. I’ve worked with staff and volunteers who have been moved to tears about a cause but unable to separate their feelings from what’s best for the mission; I’ve equally worked with court-mandated people who used the opportunity to begin rebuilding their reputation and follow through to get things done. To me, integrity belongs to anyone who exhibits it by doing what they say they will do, regardless of their pay grade!

Volunteers are the reputational assets your organization is overlooking 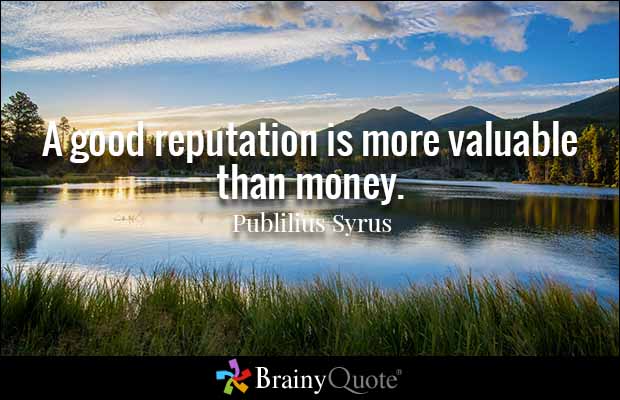 Too often, we talk about what volunteers are not and struggle with articulating what they are in really tangible terms that resonate with others. One of the most undervalued assets volunteers can bring to your organization is an enhancement of your organizational reputation.

Reputation can flow both ways- negatively and positively, and there can be circumstances outside your control for the direction of that flow. But take a moment to consider what difference it could make to your organization if every one of the volunteers connected to you acted as a positive ambassador, singing your praises publicly to their networks, or conversely, damning you. What difference would it make to your fundraising, programs and partnership efforts? Perhaps you’ve seen the impact of a very happy or disgruntled volunteer- now multiply that.

When we ask volunteers to be part of our organizations, we’re letting them in behind the curtain. They see the good and the bad. I refer to this as the double-edged sword of volunteer involvement. Some use this as a rationale for keeping volunteers on the edges as ‘external’ people, however that’s a counter intuitive attempt to ‘manage’ volunteers and almost always results in low levels of engagement.

So what are you doing to keep volunteers on the asset side of your organization’s reputation?

“Volunteer”​: the qualifier we need to stop using

Have you ever noticed that certain words are used, both unintentionally and not, to contextualize and qualify the rest of a sentence? This is especially used when discussing people or things that are outside given norms or stereotypes of how things have been historically. For example, people often referred to Barack Obama as the “black President of the United States” or Drew Gilpin Faust, as the picture above describes, as the “Woman President of Harvard” instead of simply the “President of Harvard”.

Volunteers and volunteer engagement seem to attract a shockingly large number of these qualifiers and an examination of a lot of the practitioner literature is littered with this language. Building on my previous post “The Only Problem With Volunteers Is That They’re People”, we attach the word ‘volunteer’ a lot and it needs to stop.

There’s a pervasive undertone in qualifier language that clearly yet subtly implies ‘less’ and a lack of legitimacy- that’s why it’s called a qualifier. It’s a subtle way of undermining someone’s or something’s validity. Look at job titles for volunteer roles- so many of them have the word volunteer right in there like “Administration Volunteer” or “Volunteer Driver”. What value is added by including the word ‘volunteer’ in that title?

It reminds me of the classic Volunteer Management joke:

“What do you do for a living?”

I’m not proposing we all go out and stop using the word ‘volunteer’, nor am I suggesting that we jargon ourselves to death with trendy terms like “knowledge philanthropist”. What I would like to humbly propose is that we really evaluate when and where we add the word ‘volunteer’ to our language and have a conversation about what, if anything, that word adds to our dialogue and more importantly, what mental models it reinforces that may be better left behind.

What I believe we’ll find is that the use of the word ‘volunteer’ more often than not serves to counteract the very philosophies Volunteer Engagement professionals are working hard to achieve, such as inclusion, partnership and valuing volunteers as strategic resources within an organization.

What’s the worst example you’ve heard of a ‘volunteer’ qualifier? How did you address it?