The Only Problem With Volunteers Is That They’re People 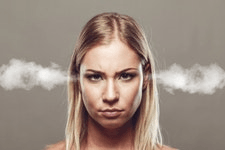 One of the most common things I’ve heard throughout my career is “I’ve got a volunteer problem”. Despite images of ravaging hordes of people cleaning up parks, serving food to others, coaching sports or driving patients to treatments, instead, the problems are much more mundane and fall squarely in the “people” category. When presented to me, never have any of these ‘problems’ ever been from someone being too ‘volunteery’ but usually too ‘peopley’.

Let’s begin by presuming you agree with Susan J. Ellis’ statement that “volunteer is just a pay grade” and equally believe that outside of being volunteers, these people are just…well, people. So here’s the punch line and the title of the best-selling book I plan to someday write: The Only Problem With Volunteers Is That They’re People.

There’s a plethora of volunteer engagement training you can find on attending workshops, etc to help you deal with “volunteer issues” and sundry nightmares. But here’s the thing- there’s no such thing. Every single situation I’ve come across or heard about in my 20 year career in Volunteer Engagement has always boiled down to someone acting like a typical human being: overstepping boundaries, not playing nicely with others, not following through on things they commit to, not following rules….the list goes on and on because human foibles go on and on.

So my recommendation is the next time the words “I’ve got a volunteer problem” are about to come out of your mouth or those words are spoken to you, re-frame it as a people problem and consider how you’d handle anyone else engaging in the same behaviours. Chances are, that’s the best way to resolve things and solve your “people problem”.